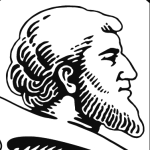 Full Disclosure: Nothing on this site should ever be considered to be advice, research or an invitation to buy or sell any securities. Please see my Terms & Conditions page for a full disclaimer.